Vivamune TM contains (Wellmune WGP ), a natural yeast 1,3/1,6 beta glucan, derived from the cell wall of a highly puriﬁed, strain of baker’s yeast(Saccharomyces cerevisiae).
VivamuneTM is used as a Dietary Supplement.
The ingredient Wellmune WGP is Generally Recognised As Safe (GRAS) under US-FDA.

As a dietary supplement.

The daily dose of JP Omega-3 can be administered as a single four capsules single dose daily or as two capsules given twice daily. 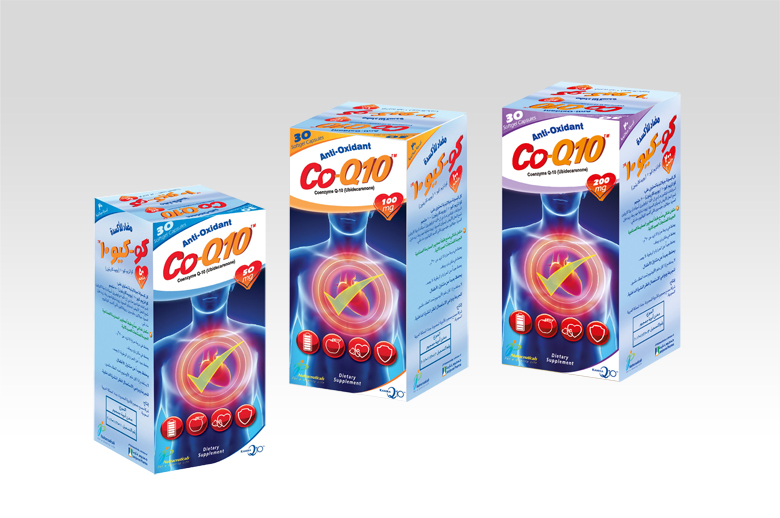 Coenzyme Q-10 (Ubidecarenone) plays an important role in our bodies, in the production of cellular energy for the different members of the body organs & protects our bodies against damage from free radical and exerts a protective effect on cell membranes. Co-Q10 is a naturally occurring fat soluble antioxidant, necessary to the functioning of every cell in our bodies. If body levels of Co-Q10 start decreasing, so does our general health. Low levels of Co-Q10 may result in high blood pressure, heart attack, angina, immune system depression, periodontal disease, lack of energy and obesity. Indications: As an antioxidant.

Co-Q10 may decrease the effectiveness of warfarin. Those taking warfarin should be aware of this possibility. Consult your doctor if you are using any of the medicines that treat high blood pressure.

Recommended dose of Co-Q10 varies based on each individual’s needs. However, those who are older or suspect they have decreased levels due to illness or using statin medication may want to start supplementing with 100 – 200 mg of Co-Q10 per day for 2-3 weeks to reach maximal serum concentration of Co-Q10 After about 2-3 weeks at this dose, 50-100 mg per day is a good maintenance dose. The normal daily intake for normal individual may reach up to 100 mg per day preferable in divided dose.